We can’t deny the fact that the representation of women characters on television has been pretty dismal over the years. Fortunately, television producers are now picking up on the trend as we finally see career women that have roles that break the damsel in distress, housewife archetype. Now, we can see TV women portrayed as professionals thriving in their own fields.

Here are some of the TV career women making American (and British) television great again.

Claire Underwood is the current and first woman to serve as President of the United States in political drama House of Cards. She is 1/2 to a pair of powerful, influential people who have the means and authority to manipulate even the most powerful people in position. In the earlier parts of the series, Claire is portrayed as a dutiful wife in the background- always just a secondary character to her husband, even adjusting big life decisions in favor of him. Yet, as it continues, we slowly begin to see Claire for her own person. What she wants, she almost always gets. It was established that she and her husband agreed not to have children so they could focus on serving their country. Though she mentioned that she’s perfectly okay with the way things are, deep down, she longed for a kind of spiritual freedom- something we can all relate to.

Though she may not have the most gentle or forgiving way to go about things, we could all learn a thing or two on how to always stand our ground and go for what we want, from the first woman president of the United States.

Portrayed by Gina Torres, Jessica Pearson works as a Managing Partner and supervises some of the best lawyers in a big time law firm in New York City. She isn’t afraid of doing ruthless things for the sake of her firm, and she never fails to protect her own people. Her employees respect her and look up to her for advice. From gender discrimination lawsuits to murder trials, Jessica doesn’t fail to power through and come out victorious. Torres’ portrayal of a formidable and savvy lawyer saving her firm from one trouble to another will inspire you to dive into the world of law.

Though we see her as a career-driven woman for the most part of the series (to the point of giving her personal life up to focus on her career), at the end of season 6, she realizes something that’s more important. She lost too much of her life trying to build the firm and keeping it together, that when a chance came to get some of it back with her former lover, she decided to take it. She leaves the firm and gives up the position she worked so hard for to come with him to Chicago. Being such a prominent figure in the firm, the gravity of her decision left her two name partners struggling to keep the firm together.

Jessica showed us two things: first, that you can be influential and people will look up to you if they see how hard you’ve worked to earn your place, regardless of your gender. Treat your colleagues right and do the company good, and they will see that and respect you for who you are. Second, priorities change over time. What may seem important to you now might not be any more in the future. Sometimes, we force ourselves to focus too much on one thing and forget that we could always just go where the tide takes us.

Jen Barber — The IT Crowd

Jen Barber (Katherine Parkerson), though having insufficient knowledge of the computing world, joined a team composed of a stereotypical nerd and a lazy coworker in the IT Department at the basement of Reynholm Industries. Starting out as a Relationship Manager and initially doubted by her coworkers, Jen became head of the IT Department. The trio eventually developed a friendship that goes even beyond the workplace. She soon adapted their geeky hobbies such as playing Guitar Hero and their interest in certain bands. Though unable to help them with the computer stuff, she was able to become a mentor to the two in their social woes and day-to-day problems.

Jen showed us the importance of maintaining a good relationship in the workplace. No matter their differences, it didn’t stop her and her colleagues from getting along with each other.

What no one can take away from Donna is how much pride she has for her work. Working as an executive assistant for 12 years to one of the best lawyers in New York City, she is one of the most redoubtable minds at Pearson Specter Litt. She knows everything going on in the firm, and people go to her if they want to get things fixed. She is not afraid to use her power when it suits her needs, which is why she is both feared and respected by partners and associates alike. Although she’s been proposed to plenty of times before (she is said to have seen more diamonds than DeBeers), she remains single and believes it’s what she needs to focus on her career.

Donna is the embodiment of how all women should be in their career. She doesn’t care about how she ranks in the hierarchy. She makes the most of what she has and she makes sure she’s the best at it as she can be.

Robin Scherbatsky — How I Met Your Mother

Robin moved from Canada to New York to accept a job as a field reporter. It was there that she would meet a group of people she would come to know as her bestfriends. Robin preferred her own company than being in relationships. She likes to think of herself as a strong, independent woman; although she used to think she was problematic because of her repulsiveness to commitments and relationships. As the series progresses, we see Robin navigate through failed relationships and hopping from one job to another. In the end, she decided to live alone and eventually landed the career she wanted.

Like any other career women, Robin isn’t perfect. She has her own quirks and insecurities stemming from her traumatic childhood; but despite her tough exterior and violent tendencies, we could all learn a thing or two from our Scotch-drinking, cigar-smoking, gun-toting Canadian pop-star-turned-journalist-turned-morning-show-host girl next door. Robin taught us the importance of persistence, and that it’s never wrong to prioritize your career. There were times when she felt like her career was going nowhere, but with motivation from her friends and her own determination, she finally landed her dream job.

With female characters now being portrayed as powerful, career-oriented professionals in the small screen, the television industry is helping us, career women all over the world, prove that there isn’t a limit to what we can do. No longer should we be seen as secondary characters in what used to be male-dominated professions. These career women prove we can shine and hold our own, no matter where are. 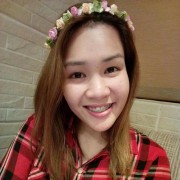 Lois Sapare is an editor at Scoopfed. She is a former student journalist with a bachelor's degree in Information Technology. When she's not writing content on a variety of topics, you can find her watching psych thriller films or keeping up with the latest buzz in the tech world. 5 Best Things About Zombie Run That You Should Know